After recently announcing that he is to take over the reins early next year from his father Tommy at Thomastown Castle Stables, having been assistant since 1999, Fozzy Stack tells the EBN about their training and breeding operation and his views on the racing world….

What are your highlights over the last twelve months and your ambitions for the next twelve when you take over the reins?

My mother bred the Gr.1 Middle Park Stakes winner The Last Lion (Choisir). On the track Waltzing Matilda (Danehill Dancer) won a Gr.2 at Belmont and Onenightidreamed (Footstepsinthesand) has been a great servant. He won the Gr.3 Gladness Stakes, and will be around next year. I look forward to Diamond Fields (Fastnet Rock), who was twice placed in Group races in the US. She also stays in training and hopefully I will stumble across another nice horse or two. 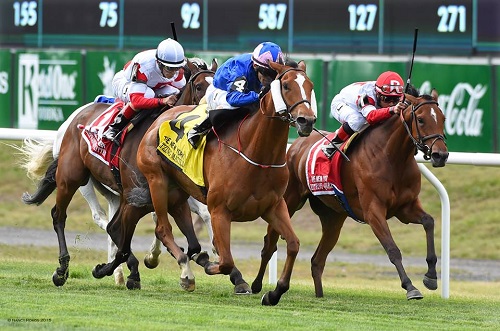 What race would you most like to win in your own right?

Any of the Classics would be nice, especially the Irish Derby, which would be great to win as it is on the doorstep.

Is there a particular stallion with whom you have had success and why?

Choisir and Danetime have been quite lucky, as they are tough and hardy, which suits our system.

Camelot seems to be making nice horses and I wouldn’t mind having one. I also bought a Declaration Of War last week.

What is the single most important attribute that you look for in a yearling?

They have to have strength and a good backside.

What is the most successful horse that you have bought as a yearling from Tattersalls?

How many broodmares do you have and what stallions did you use this year?

There are ten mares and I used Camelot, No Nay Never, Starspangledbanner and Power. I only use Coolmore sires, as it is beside us and the mares go there to foal.

Is there a particular broodmare sire that you like and why?

Pivotal has been lucky, as he is the damsire of Onenightidreamed, and also the obvious ones, Galileo and Danehill.

Is there anything in the bloodstock/racing industry you would like to change?

I think that the bookmakers hold us to ransom too much.

What do you enjoy most about the industry?

If you were not training horses what would your dream job be?

To be the manager of Manchester United.

What is the funniest thing you have seen at the sales?

The ‘colouredy’ horse that Ted Voute had a few years ago, it was like a batty mare!

What are your hobbies/ interests outside of the industry?

I play golf very badly and I like watching sport on TV. I also get to as many Munster and Irish rugby matches as I can.

What is your favourite racecourse and why?

The Curragh. I have had a bit of luck there and it is the fairest track, as nine out of ten times the best horse wins. 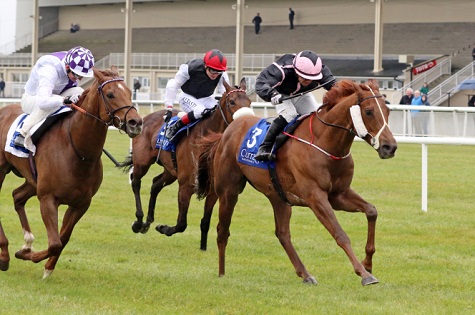 What are your favourite restaurants/hotels in Newmarket?

I stay with Mark McStay, which is just down the road, and the Plough is a very good restaurant.

Why are you called Fozzy rather than James?

When my mum was pregnant, my father started calling the bump Fozzy and it stuck.

View all posts by admin →

This site uses Akismet to reduce spam. Learn how your comment data is processed.